Homily for the Sixteenth Sunday in Ordinary Time 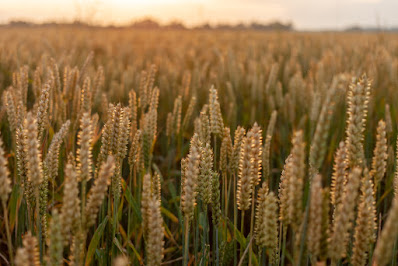 We read in our first reading from the Book of Wisdom regarding the justice and mercy of God, “though you are master of might, you judge with clemency, and with much lenience you govern us; for power, whenever you will, attends you. You taught your people, by these deeds, that those who are just must be kind; and you gave your children good ground for hope that you would permit repentance for their sins.” It is revealed to us in the Word of God that all human justice is imperfect so we must pray for divine justice; all human mercy is imperfect, so we pray for divine mercy. To do this is itself a gift from God, an action of His grace.

In today’s Gospel from Matthew, the workers have taken upon themselves the role of observers. In a sense they are critics of the master, “Didn’t you sew good seed in the field?” Who knows whether the servants have identified wheat and weeds correctly in the first place?  After all, it was the servants and not the master himself who went out to detect the weeds. The weed involved here is called “darnel.” It is said to resemble wheat in its early stages of growth.  Hence, much care needs to be taken so as not to destroy the wheat by judging it erroneously to be weeds. This early resemblance between the two also accounts for the master’s insistence on allowing for the passage of time, since only maturity of growth reveals each one’s identity beyond all doubt.  And, even if the weeds are correctly identified, there remains the problem of intertwined roots.  Uproot the weeds, and you risk uprooting the wheat as well.  But once maturity has been reached and the fruit has been produced, then it is safe to separate weeds from wheat.

Yet the Master in the story, who represents God, does not give into impatience and destroys the weeds or those who refuse to change their ways. Such is the mercy of God as He applies it to each and all of us. We are powerless and our vision is always obscured when we choose not to accept our weaknesses and turn to God in prayer reliant on His love — He who sees and knows all. Too often in our own lives and in the life of society and of the Church we grasp at autonomy and anonymity and adopt the role of the critic who is never happy or satisfied with the mercy and the justice of God because to receive each requires an act of intentional trust on our part with God who is our Master. As Saint Paul stated in today’s reading from his Epistle to the Romans, “The Spirit comes to the aid of our weakness; for we do not know how to pray as we ought, but the Spirit himself intercedes with inexpressible groanings.”

Posted by Diocese of Fort Worth at 8:57 AM