Homily for the Twenty-sixth Sunday in Ordinary Time 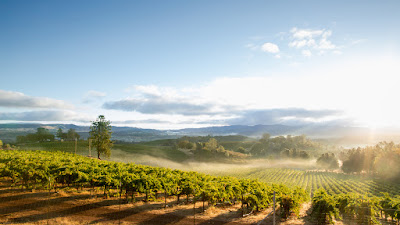 A story is recorded about Saint Therese of the Child Jesus and the Holy Face. It seems that while she was serving as the Mistress of Novices in her convent, responsible for the formation of the younger sisters, one of them approached the saint and in frustration confided in her: “Oh Sister Therese, I am so far from perfection. I have so many good qualities yet to acquire that it seems that I will never be able to complete this.” To which Saint Therese replied, “No Sister, you have a lot of good qualities to lose.” The point that Saint Therese is making to the younger sister (and to us) is that holiness in our lives as Catholics does not consist in self-sufficiency and verbal compliance to the words of the Gospel. Our faith does not merely complete our life as one part, even if we think it to be the most important part, of our life. Holiness requires a humble response through action and change in behavior that frequently precedes our full change of heart and conversion. Holiness requires action in response to the promptings of God. It requires our conversion by the emptying of our self-sufficiency by which we attempt to live life by turning to God only when we need His assistance to complete our will. It requires our conversion to a spiritual disposition in which we simply respond to and do God’s will for love of Him. Saint Therese says elsewhere, “Holiness consists simply in doing God’s will, and being just what God wants us to be.”

The parable in today’s Gospel underlines this theme of personal responsibility and the seriousness of Christ’s call to follow Him, to be His disciple, and to be a faithful member of His Church. The Gospel simply tells a story of an owner of a vineyard asking his two sons to do some work. One refuses while the other one agrees. But only the one who refused reconsiders and goes to work. The one who so quickly answered ‘yes,’ never appears in the vineyard at all. Perhaps because he never truly considered the gravity of the invitation to labor in the vineyard and all the things in his life that he would have to let go of. He thinks that his words are sufficient for a response and that no action is really required of him because he really takes his father for granted and thinks himself as self-sufficient. The other one, who initially declines his father’s invitation, eventually reconsiders because he knows his father and he knows that his father loves him. He then answers the father’s call by actions that become the means of redemption of his initial refusal to do what his father asked him to do. It is the love that his father has for him and the love which he has for his father that moves him into action and then finally to profess the faith through action.

In many ways, the example of the son who readily says “yes” but does not deliver on his actions represents those who treat the Gospel cynically, who use their faith and religion only as a matter of words to achieve cultural or political ends, but who fail to act with faith and be converted in response to God and His call to us. The son who honestly says “no” but ends up doing what the father asks represents those who recognize the impossibility of living the Gospel without grace but who incrementally grow in the Gospel by acting with trust in the call of the Lord by giving of themselves for the sake of others. By making his response to the invitation of the father only a matter of words, the son who says “yes” becomes full of himself and reduces his relationship with his father to one of utility. By responding to the father with action after an initial refusal, the son who initially says “no” does not give up in his struggles and is emptied of his selfishness and grows in the grace of a loving relationship with his father. The one son has lofty aspirations, but the other son makes a decisive commitment. As Pope Francis recently said, “Faith in God asks us to renew every day the choice of good over evil, the choice of the truth rather than lies, the choice of love for our neighbor over selfishness.”

In today’s second reading, Saint Paul reveals to us that Christ is both the example and the source of grace needed for us to be emptied of our selfishness and our “grasping at” playing God through self-sufficiency. Saint Paul writes, “Do nothing out of selfishness or out of vainglory; rather, humbly regard others as more important than yourselves, each looking out not for his own interests, but also for those of others. Have in you the same attitude that is also in Christ Jesus, Who, though He was in the form of God, did not regard equality with God something to be grasped. Rather, He emptied himself, taking the form of a slave, coming in human likeness; and found human in appearance, He humbled Himself, becoming obedient to the point of death, even death on a cross.” Jesus who is perfectly selfless because He is fully Divine and fully human, empties Himself not of selfishness but out of love for our salvation in obedience to the Father in Heaven.

In following Him, with the grace of the Holy Spirit, we empty ourselves of selfishness and of our stubborn attempts to be God through mistreating God as only a means to our own ends and purposes and reducing our Catholic faith to simply a matter of words or show. To quote Saint Therese, “When one loves, one does not calculate. Everything is a grace, everything is the direct effect of our Father’s love — difficulties, contradictions, humiliations, all the soul’s miseries, her burdens, her needs — everything, because through them, she learns humility, realizes her weakness.”

Our responsibility as Catholics is presented to us as working in the vineyard in obedience to our heavenly Father. This requires that we be emptied of our selfishness through gratitude and love. It involves not talking but doing something with our lives in response to God: being patient, understanding, kind and compassionate, generous, and charitable, forgiving and seeking forgiveness. The Kingdom of God is built with concrete deeds and not just beautiful thoughts and empty words. Perhaps the reason why the first son in the parable hesitated in going to the vineyard was because he knew the work was hard and demanding. The work of the mission entrusted to the members of His Church is hard and demanding and, as we will be reminded through the secular media in the coming weeks, it always involves persecution. Are we willing to become part of Christ’s plan or are we only going to talk about treating Him as part of our plans?  Each of us is given the same choice by Christ to enter the vineyard or simply to talk about it.

Posted by Diocese of Fort Worth at 1:31 PM